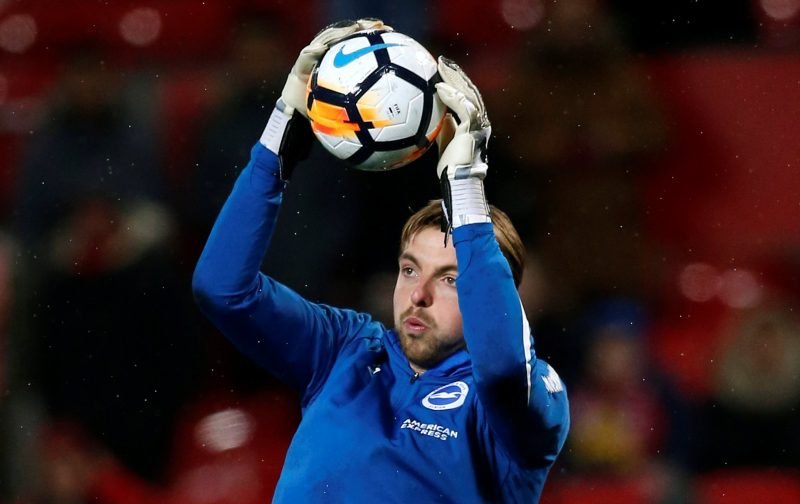 It has been reported that Bristol City have joined Reading in the chase for free agent Tim Krul.

The 30-year-old goalkeeper is probably best known from his time at Newcastle United (July 2006-August 2017) and St James’ Park but he did spend last season with Brighton and Hove Albion in the Premier League following his departure from Newcastle.

The former Dutch international stopper fell down Newcastle’s pecking order following a serious knee injury and when he returned to fitness he found himself sent out on loan rather than welcomed back into the first team as by then he had been replaced given the length of time he spent on the sidelines. Heading to the Amex Stadium to rejoin former gaffer Chris Hughton, he did only make five appearances and although there was a contract on the table, he rejected that in search of greater game time.

At his age, and with well over 200 career appearances to his name, along with eight full international caps, he’s too good to settle for the No 2 spot but I would’ve assumed his wage demands may be too much to see him arrive at Ashton Gate.

HITC have reported the rumour but their supposition is no different from my own above, they simply state a ‘source close to’ one of the clubs involved.

How much invention is involved here I don’t know, but he’d certainly add good competition to our goalkeeping ranks and I’ve long been a fan.

Frank Fielding did pick up a knock in our last friendly, so I’m guessing this is the driver behind this story more than anything else. The severity of his knock isn’t known, but he hasn’t travelled to our Marbella training camp.