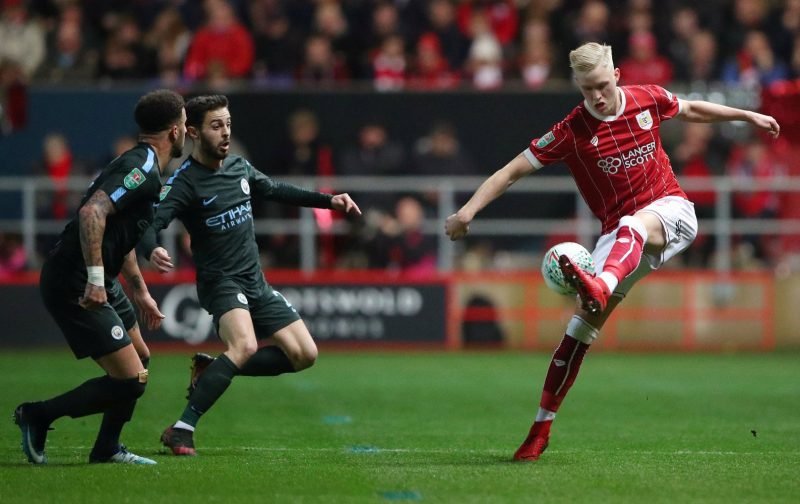 Bristol City have confirmed today that Hordur Magnusson has now completed his permanent switch to Russian top-flight side CSKA Moscow.

✈️ Hordur Magnusson has completed a move to CSKA Moscow for an undisclosed fee.

The 25-year-old moved to Ashton Gate back in the summer of 2016 from Juventus and the Icelandic international made 50 starting appearances for us, with a further eleven showings from the bench in the time since. His solitary goal came on his debut in a 2-1 victory over Wigan Athletic back in August 2016.

Wishing him all the best for his future, manager Lee Johnson told the Official Site.

“I would like to thank Hordur for everything he has done at the football club. It’s been a successful time for him. I think he’s improved as a player and he’s helped improve the team and our league position. He is a very well liked character in and around the changing room and he’s a willing student, who I will miss. I wish him all the best at CSKA Moscow, it’s a good opportunity for him as they are a club due to perform in the Champions League so it’s a step up in that regard, and I wish him well for the rest of the World Cup.”

I wonder if he’ll get time off from training to go house hunting? Probably too much of a stretch really given the travelling and the limited down time available to players with Group games coming thick and fast at this stage.

The fee is officially undisclosed and despite his struggles to establish himself more regularly in the first team, fans were incredibly quick to offer their own well wishes for his future.

City loves you more than you would know❤️

According to reports we sold for €3m which will be about £2.7m so will be breakeven.

Good luck @HordurM34 An absolute gentleman, it was a pleasure knowing you. ❤