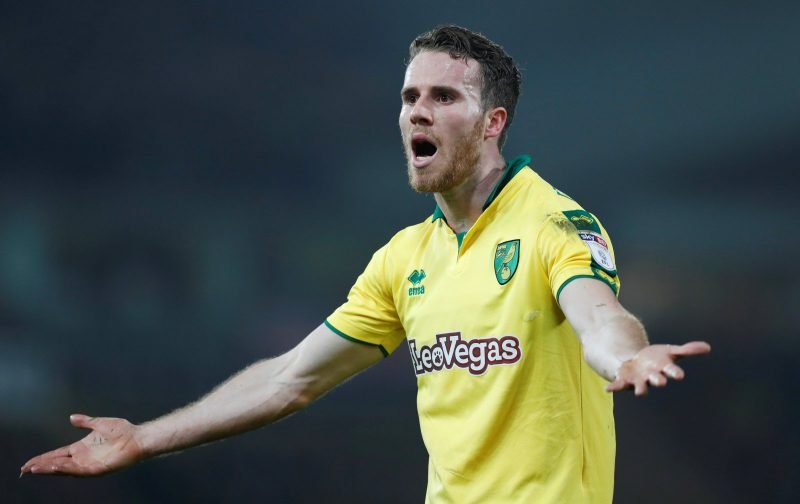 ???? #WelcomeMarley#BristolCity are delighted to announce the signing of Marley Watkins.

The 27-year-old has moved to Ashton Gate on a three-year deal from Norwich City, for an undisclosed fee.

The 27-year-old made the move for an undisclosed fee but it’s been reported as a £1million transfer and in signing his three-year deal, he reunites once more with manager Lee Johnson following their spell together at Barnsley.

Watkins is well travelled in the game and Bristol city become the seventh club he’s played for as he worked his way up the ladder having begun his career at Cheltenham Town but he’s certainly not a prolific striker, as in over 300 games to his name he’s only found the back of the net on 43 occasions.

Announcing his arrival at Ashton Gate, Johnson was obviously delighted with the capture of his former player and he knows exactly what to expect from him in terms of his team work and work ethic.

The player himself told the Official Site that he was attracted by the ambitions we had at the club.

“I’m really delighted with the move. It’s a massive club which is going in the right direction so it’s great to be a part of. I know there’s a great team spirit here and I’m looking forward to being a part of that. It’s good now to get some work in before everyone’s back and to impress. I want to be as ambitious as possible. This is a club which wants to be in the Premier League and it plays to a style which suits me. It’s faster paced, attacking and exciting which suits my style more. I’m looking forward to being a part of that.”

In amongst the reactions from fans to this news, topics such as the tracksuit featured, and a number of references to Albert Adomah, there were welcome wishes.

Welcome to Marley Watkins & I’m loving the jacket will it be in red too please?

He looked good prospect before this Norwich year .. let's give the lad a chance

1st signing but more importantly look at that jacket !! And the white stripe is similar to the one on the shirt this morning…

Decent signing, nice to get first one on the board, stands us in good stead for the rest of the window

Others seem far from impressed and feel it’s another low-quality signing like recent years.

No, mate. Let's not. Let's ask Mark Ashton about his fabled recuitment system and how it's magically turned up targets like Tomlin, Golbourne, Brownhill, Baker etc. absolute joke.