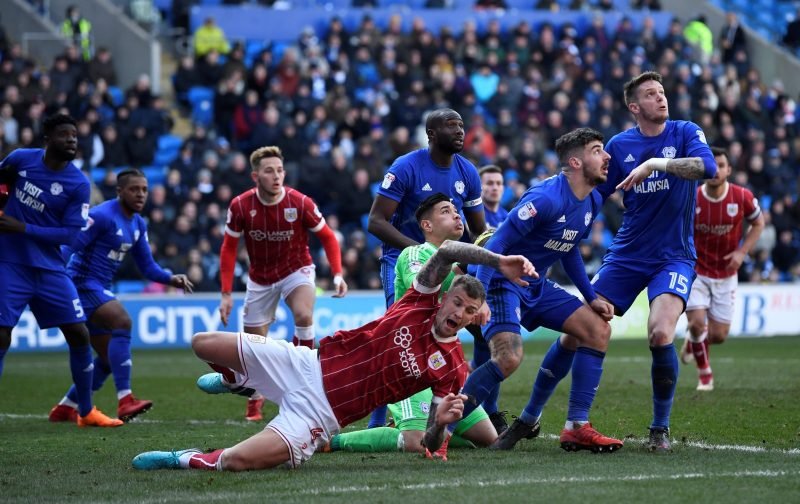 Earlier today Bristol City confirmed the news that every fan had been expecting following recent speculation and talk of Aden Flint’s medical at Middlesbrough.

He has been sold to the Riverside Stadium outfit for a fee believed to be in the region of £7million which many fans already felt was too low as we should’ve been looking at double figures.

The 28-year-old brings the curtain down on a five-year stay at Ashton Gate where he made 246 appearances with a return of 38 goals and he’s signed a four-year deal with his new club and Tony Pulis.

Sky Sports are also reporting this afternoon that striker Bobby Reid is undergoing a medical at Cardiff City.

Speculation has been rife about his own future and Sky suggest that the deal could eventually be worth as much as £10million to us, so maybe £6million upfront which is again pathetic in the current market given the year he had in 2017/18.

Rumours abound about Joe Bryan and a few others as well, so it’s safe to say plenty aren’t happy.

What a time to be dead.

All the best @AFlint4, enjoyable to see your JPT final header and hat trick against Walsall in the same season.

Relegation looms imo , selling flint and reid and probably Bryan is no good, and with Johnson having a fetish of buying youth players and league 2 players I can only see this Season ending very badly

Can’t blame Flinty! What happened to progress and we aren’t a selling club then @JonLansdown ?? What are we doing to convince these type of players to stay? ????

Don’t think it’s fair to blame Johnson. Sure he’d love to spend the money necessary if he were given it…

Any one up top want to give us some good news? Or is selling promising key players and releasing half ass’d kits what we have to look forward to this season #BristolBusinessSport

The start of a rough couple of days