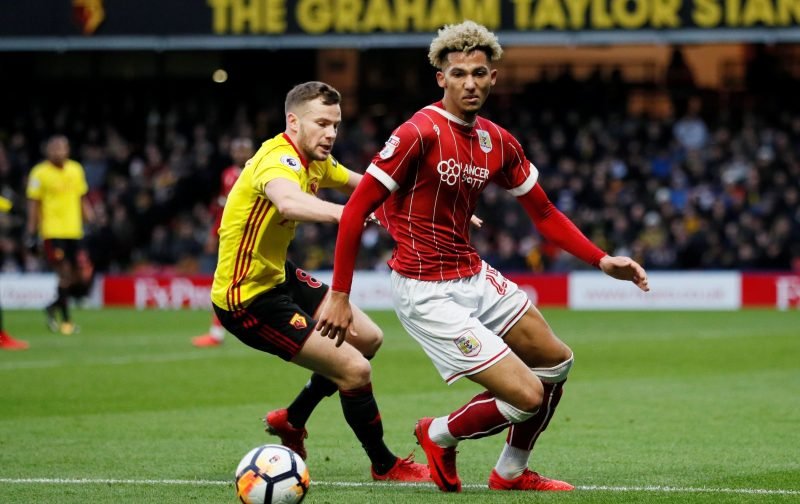 Bristol City youngster Lloyd Kelly has become the latest player to commit their immediate future to the club.

With Zak Vyner signing up at Ashton Gate ahead of the weekend, he was joined by England Under 20 international Kelly and the 19-year-old has signed a deal keeping him with us until the summer of 2021, with a further years option included in the deal.

With six caps to his name, he hasn’t really looked back since his first-team debut in last season’s League Cup tie against Plymouth Argyle and he now has nine starting appearances to his name under manager Lee Johnson, with a further five showings from the substitutes bench.

Having made his Championship debut in the 1-1 all draw with Queens Park Rangers in December, Boxing Day saw him open his club account and score his maiden senior goal as he helped us to a 2-0 victory over Reading.

Plenty more is expected from the lad as we go into 2018/19 and fans are pleased to have seen the left-back sign up for longer.

I can’t see confirmation from the club but the BBC are saying that Belgian side KV Mechelen have signed striker Gustav Engvall on a two year deal with an option for two more years. The 22-year-old came in for an undisclosed fee back in 2016 but has only played seven times for us and he heads out for an undisclosed fee as well apparently.

You'll always be city with me

Signing the best left back at the club up on a long term deal ???? You reds.