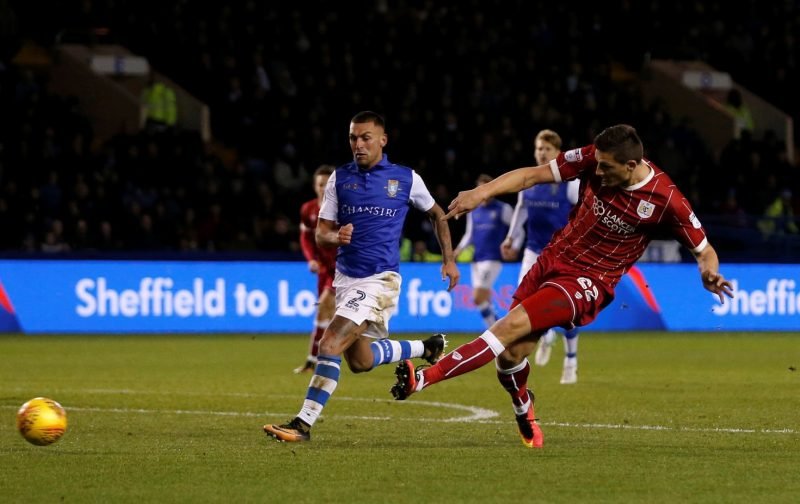 With Bristol City taking a 4-2 victory over Cheltenham Town in the self-styled Johnson Cup as our pre-season preparations took another step forward, there was plenty up for debate following the game.

Bristol Live were speaking with the gaffer following the game that saw Matty Taylor joined on the scoresheet by Niclas Eliasson (brace) and Adam Webster and as well as talking about his delight at how the game went – obviously he was pleased to get one over on Johnson Senior has he made it a hattrick of wins – the outlet delved into the news earlier yesterday that suggested the Robins had received a bid from Serie B side Salernitana for Milan Djuric.

I’ve got be honest I think Johnson was pretty clever in his response as although he doesn’t reference them by name in the quotes they published last night, he admitted a bid had come in. He again talked up the player and what he felt he was capable of when fit but did leave his answer rather open-ended as he pointed out there wasn’t a really a decision to make based on the level of the offer received.

“No, Milan is still really nursing himself back and he’s not at full tilt yet, but we know what a good option he can be, with his frame, and his power and his goal-scoring once he gets back to his old self. We’ll have to see. I think it was a bid that came in that wasn’t anywhere near what we paid for him even, so that gives you a good marker of where that bid was.”

He moved on to state he was ‘conscious’ of making sure the group as a whole continue to improve, so he’s said the right things about the player should he remain with us, get himself fit and really show what he’s capable of on the pitch, whilst also sending a pretty clear message of ‘make a sensible offer’ if you want us to take you seriously.

Johnson merely seems to have left that option open for the summer subject to us making our money back, if not a straight profit.

In terms of his postgame injury update, he confirmed that Lloyd Kelly, Bailey Wright and Callum O’Dowda had all been carrying knocks hence their lack of an appearance so far in pre-season, but Kelly and O’Dowda have now returned to training and begun building themselves up again so fans might get the chance to see them in Saturday’s clash against Shrewsbury Town.

Andreas Weimann, Marley Watkins and Jamie Paterson are all said to be set to play in today’s (Wednesday) behind closed doors game against Newport County.