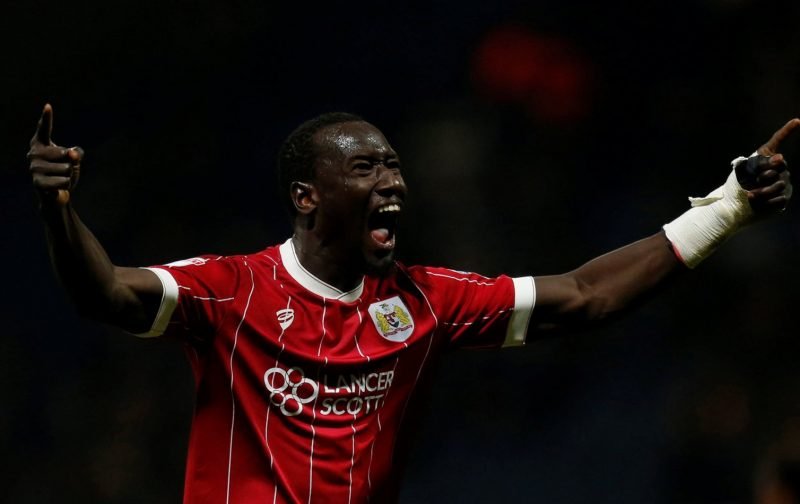 The 25-year-old player was charged by the Football Association for a breach of Rule E1(a) late on in the Championship season of 2017/18. The charge related to the 3-1 victory over Birmingham City at Ashton Gate on Tuesday, April 10th where he was alleged to have spat.

Both the player and the club continue to dispute the allegation and they headed en mass to the FA’s headquarters last Friday to attend a personal hearing to appeal the decision that had been originally taken.

The club maintains video footage does not provide proof of the alleged charge and there was very limited evidence in which to have found him guilty of the offence. Despite the best efforts of the Robins in stating their case, the FA refused to budge and failed to overturn the charge on appeal, so Diedhiou will serve a six-game ban at the beginning of the 2018/19 campaign.