Johnson Successful In Hunt For Bristol City Signing No 5 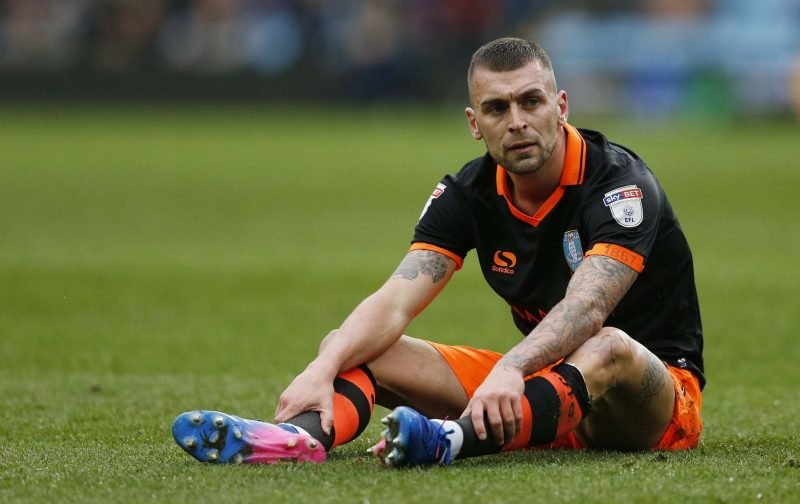 Following the speculation linking Bristol City with a move for Sheffield Wednesday full-back Jack Hunt, a short time ago this morning the club announced the 27-year-old’s capture.

He comes in for an undisclosed fee and has signed a three-year deal at Ashton Gate and he becomes manager Lee Johnson’s fifth capture since the summer’s transfer window opened.

With more than 250 career appearances to his name, mostly in the second tier of English football, he more than adds experience to the group and as he was announced the gaffer spoke about his attacking intent and his belief that the right-back was coming into the prime of his career now.

Having come through Huddersfield Town’s Academy ranks, he played his part in helping them to promotion into the Championship and was named in the League One Team of the Year for 2011/12. Those performances caught the eye of Crystal Palace but sadly for him, his Premier League career came to an end before it had begun following a serious injury. With loan spells out at Barnsley, Nottingham Forest, Rotherham United and Sheffield Wednesday in the year’s since – he ended up at Hillsborough on a permanent basis in 2016.

Speaking to the Official Site as he did his media meet and greet, Hunt cited a ‘feel-good factor’ around the club and how he believed we were on the ‘up’ as being key to helping him to get the deal done.

Helping him settle in will be Jamie Paterson as the two played alongside each other at Forest back in 2014/15.

The reaction from fans has been mixed, but some are certainly happy with his addition to the backline.

Well at least we’re signing championship experienced players and improving positions we need to improve in. Usually, we just sign a load of unknown swedes and they end up being wasted on the bench

Loool thought this was Mariott. Still a very good signing

Dissapointed to see him go. Decent player there. Wish him all the best

Great business so far. If you sign Marriott this will be Johnson’s best transfer window.????????

Great signing that. Always rated Jack Hunt and never understood how a Premier League club haven't given him a proper chance. Similar in style to Kieran Trippier (albeit not quite on the same level!). Always wanted him at #SAFC.