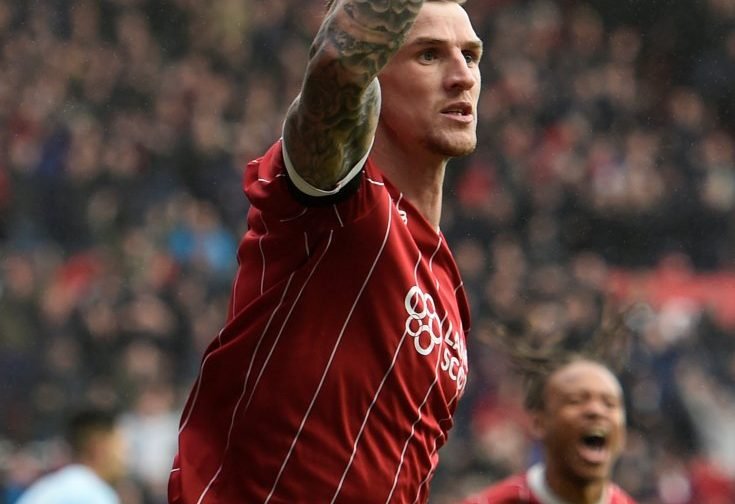 With confirmation of Aden Flint’s switch from Bristol City to Middlesbrough this week, the initial reaction from some fans involved the dreaded ‘relegation’ word given Flint’s importance to our backline and his contribution at the other end of the pitch as well.

Having moved for a reported £7million as the 28-year-old brought down a five-year curtain at Ashton Gate, fans weren’t also best pleased with the size of the sum negotiated, especially when you factor in some of the transfers that have already taken place this summer and the sums others have been moving for.

With Flint not getting a proper opportunity to say goodbye to the fans given the time of the year, he did release a statement on his official Twitter feed which has certainly gone over well with the fanbase.

Thanking supporters for their backing of him through the last ‘very special five years’ he spoke about his highlights at the club and obviously 2014/15 promotion featured in that, as did last season’s Cup run.

Fans responded in kind with well wishes of their own.

Top man, Aden. Thanks for all the great memories, trophies and goals.
My daughter will need a new favourite player now & was in floods of tears earlier ???? – good luck pic.twitter.com/laVv2EiWhn

All the very best to you, Aden. I have watched City for many years but rarely seen a player who gives as much as you did, every single time that you stepped on the pitch and who simply never gave up. Thanks for some incredible memories and the very best for the future.

I thought at the tender age of 37 my days of being gutted when a player leaves were long behind me …..

Proper City legend who gave us so many memories. ????

No, thank you! Like you said so many good memories, the rabona, goal against Cardiff, Wonderwall (perhaps you could invest in singing lessons?) however wil always be remembered for ‘no no no’! Good luck, the GIFs just won’t be the same!!